Legal issues for pharmacists in 2022 - the highlights from Gordons Partnership

Legal issues for pharmacists in 2022 - the highlights from Gordons Partnership

We are only halfway through 2022 but here are some of the year’s key legal issues that have caught eye of pharmacy specialist Susan Hunneyball at law firm Gordons Partnership:-

Changes to the superintendent pharmacist and responsible pharmacist role

The government response to the consultation looking at the governance requirements of registered pharmacies was published in May, almost four years after the consultation closed. The powers and responsibilities of the GPhC will dramatically increase as many of the obligations on superintendent pharmacists (SI) and responsible pharmacists (RP) will become professional obligations governed by rules and standards.   Headline changes that look likely to be implemented are:

·       A requirement for an SI to be a senior manager of the business. This will be by amendment to the Medicines Act 1968 where the roles and responsibilities of the SI will be defined in law.

·       The extended role of the SP in clinical and public health services is to be determined by regulators.

·       In a significant change, the restriction on a SP holding the role for only one retail pharmacy business will now be determined by the pharmacy regulators. Any change would be a fundamental rethink about the way the role is tied into the corporate structure.

·       Correcting a bit of an anomaly, the requirement for companies with “chemist” in title to have the superintendent on the board of directors will be removed.

·       There is clarification of the role of an RP. The RP is still in charge of the pharmacy when they are signed on as RP and has to ensure the safe and effective running of the pharmacy. They will no longer have a duty to establish, maintain and review procedures but can still make temporary adjustments or choose not to follow a procedure where following it would be detrimental to the patient.

·       It made clear that this is a greater responsibility than that of a pharmacist who is not signed in as RP. “The RP role is concerned with the organisational governance of the pharmacy, whereas supervision by a pharmacist concerns individual transactions.”

Draft Pharmacy (Responsible Pharmacists, Superintendent Pharmacists etc.) Order 2022 together with the government response on the consultation has been laid before Parliament. 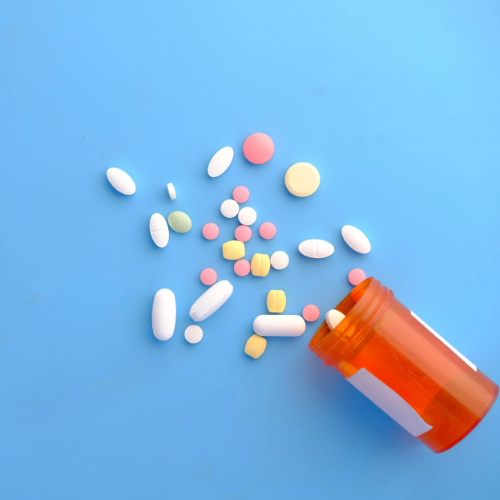 There have been some interesting consultations around this year. The big news is that the long-awaited Hub and Spoke consultation is out. But there is also an intriguing consultation by the CPS on Mercy Killing and one on provider selection regimes.

Hub and Spoke - Much to discuss here. The consultation closes on 6 June and looks at arrangements where a central hub assembles prescriptions and either sends them back to the spoke pharmacy for supply to patients or supplies centrally from the hub. Either of these arrangements would involve significant amendments to legislation including the key amendment to section 10 Medicines Act 1968 and amendments to the Human Medicines Regulations 2012 (HMR). There are also proposed amendments to support original pack dispensing and to the description of how the supply of medicines and services is described (rather than “on premises”, “at or from premises” is proposed).

There are many areas of uncertainty – just a few are:

·       If hubs supply medicines directly, will there be restrictions on where they are located and how will the ability to supply from unlisted premises impact the market entry regime?

·       Will the proposal for the hub and spoke to agree liability between them give rise to uncertainty and confusion, especially where the draft legislation states the arrangement does not have to be legally binding?

·       Is the safety of patients adequately supported given the lack of clarity about patient records,, inspection and liability in the  face of an increase in the complexity of the dispensing arrangement?

·       How will the freed up clinical time in the spoke pharmacies be used and be paid for?

·       And crucially – given some of the assumptions in the impact assessment, will there be a level playing field for all types of pharmacy?

Mercy Killings - The Crown Prosecution service launched a consultation on the prosecution of Mercy Killings (Jan to April 8). I have written about this for Chemist and Druggist - search “Mercy Killing, Pharmacy and the long shadow of Shipman”.

Provider Selection Regime   - This consultation ran until 28 March so we are now in the “wait and see” phase. It looks likely to change the face of procurement in the NHS. Community pharmaceutical services that are subject to the National Health Service (Pharmaceutical and Local Pharmaceutical Services) Regulations 2013 are not in scope, but the following services are: 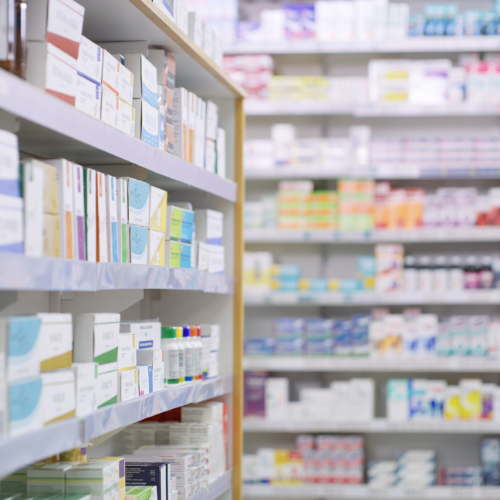 A case about dental associates gives insights into how the courts might treat liability for negligent acts by locum pharmacists. In Hughes v Rattan [2022] EWCA Civ 107, the Court of Appeal looked at a claim where three dental associates provided allegedly negligent dental treatment. The court ruled on the liability of the owner of a dental practice when dental associates negligently caused injury to a patient.

The Court looked at two areas:

Vicarious liability - was the owner of a dental practice vicariously liable for the negligence of dental associates who worked there.

The holders of NHS dental contracts are permitted to sub-contract or delegate their obligations under the contract by employing or engaging other dentists to carry out dental treatment. In the leading case on non-delegable duty of care, Woodland v Swimming Teachers Association [2013] UKSC 66, the Supreme Court had held that there were certain types of cases where, even though an activity may be delegable, its delegation made no difference to the legal responsibility for the performance of the activity. Key factors include: special relationship between a claimant and the alleged tortfeasor, e.g., where the claimant is a patient, but that relationship must include prior assumption of responsibility. The non-delegable duty in these cases is a positive duty to protect the patient from injury, not simply to avoid acting in a way that foreseeably causes injury. It involves cases where there is an element of control over the patient. The court found that the criteria were met, and that the prior relationship was established when the patient signed the Personal Dental Treatment Plan (PDTP).

·       the Associates’ freedom to work as and when they wished, including for other practices,

·       their total freedom as to their clinical judgments and procedures,

·       the requirement that they indemnify the Defendant against claims in respect of their treatment of patients, them having to pay for their own clothing and professional development.

·       that there was no disciplinary or grievance procedure.

These features are also common to many arrangements between pharmacy owners and locum pharmacists. The owner of a pharmacy who has not been negligent may be held to owe a non-delegable duty of care to a patient who is injured as a result of negligence by a locum pharmacist.

However, would the relationship between patient and pharmacy owner be enough to be caught by the ruling in Hughes v Rattan? The cases to date look at treatment and there would be uncertainty about what the pharmacy equivalent of the PDTP would be. Would an election for EPS be sufficient? 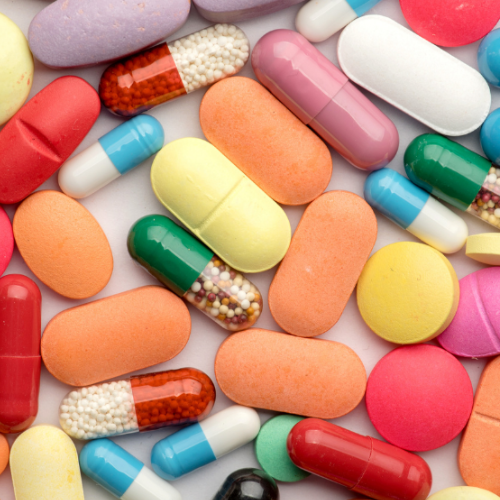 Most pharmacists will have heard of The Early Access to Medicines Scheme (EAMS) which gives patients with life-threatening or seriously debilitating conditions access to medicines that do not yet have a marketing authorisation, when there is a clear unmet medical need. It was a pre-Brexit EU-wide scheme, running since 2014. Following a consultation in 2021 it has been announced by the MHRA that it will be placed on a UK legal basis.

The explanatory note to the regulations explains that a positive scientific opinion would allow the holder to supply the relevant unlicensed product within the UK without a marketing authorisation, subject to the opinion conditions and the conditions in regulations 167E to 167G. The note compares the new provisions to those in regulation 167 relating to specials.

Where are we with Medicinal Cannabis?

Despite changes to the law there are still barriers to access to Medicinal Cannabis. The Medical Cannabis (Access) Bill was sponsored by Jeff Smith MP, as a private members bill, in order to increase patient access to medicinal cannabis. The bill proposed a General Medical Council register of GPs who may prescribe cannabis. There was no mention of pharmacists. Additionally, a commission on cannabis-based medicine was proposed to sit alongside the MHRA.

The Bill was initially presented to Parliament on 16 June 2021. Initially the second reading took place on 10 December 2021 but it was ‘talked out’. This is essentially a filibustering move and means that the time for debate was exhausted so that no vote took place. A vote was scheduled to take place on Friday 6 May 2022, however it is apparent that no such vote took place.

It was always unlikely the Bill would be passed but, as with many private members bills, it serves to highlight the difficulties regarding implementation of a particular piece of legislation, in this case utililsing the move of cannabis-based medicines to schedule 2 of the Misuse of Drugs Regulations 2001.  (With thanks to Lucy Bowker for the research on the private members bill). 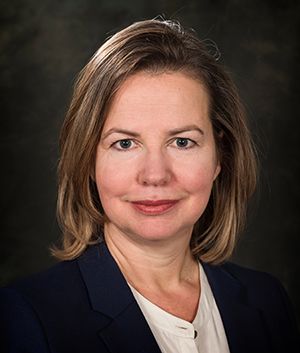